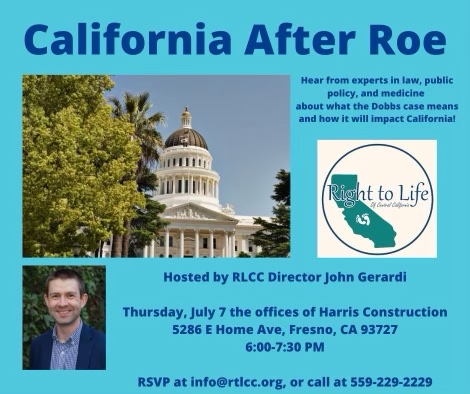 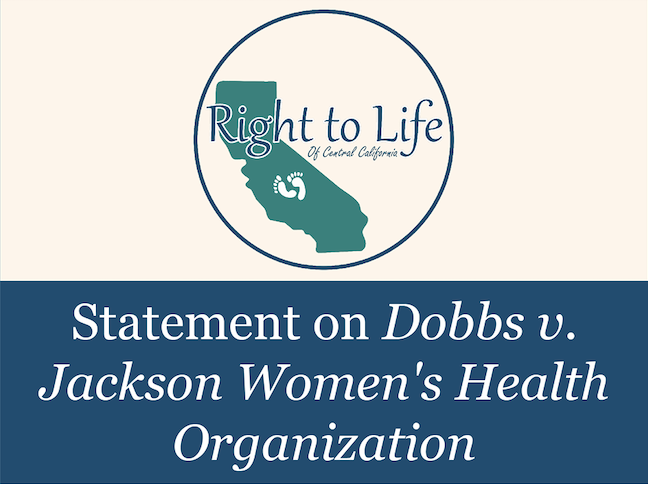 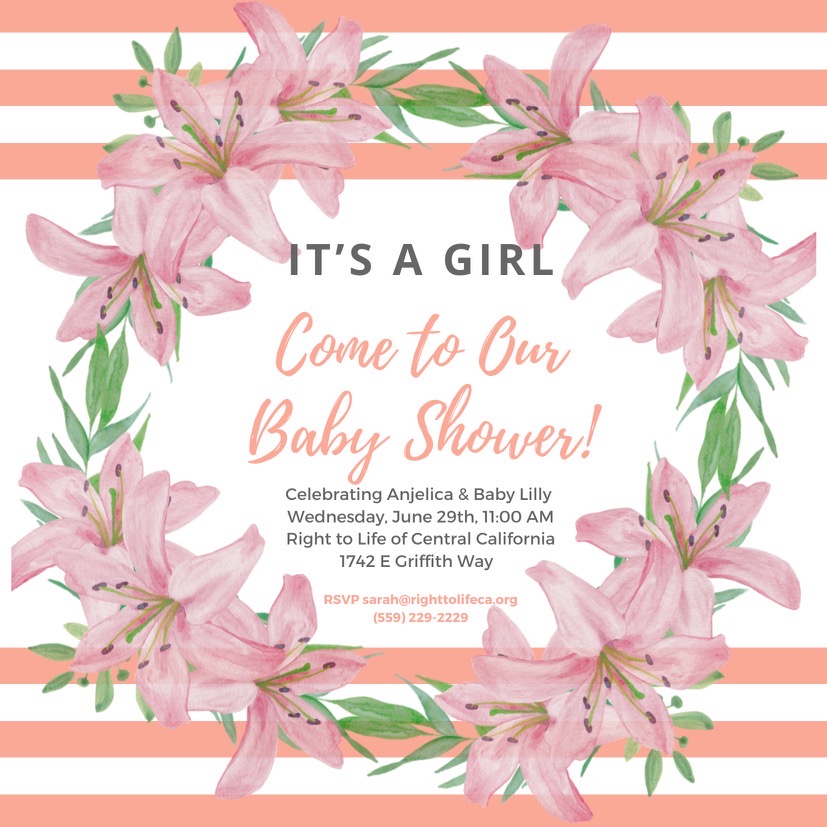 Support Anjelica by purchasing an item from her baby registry.  Thank You! 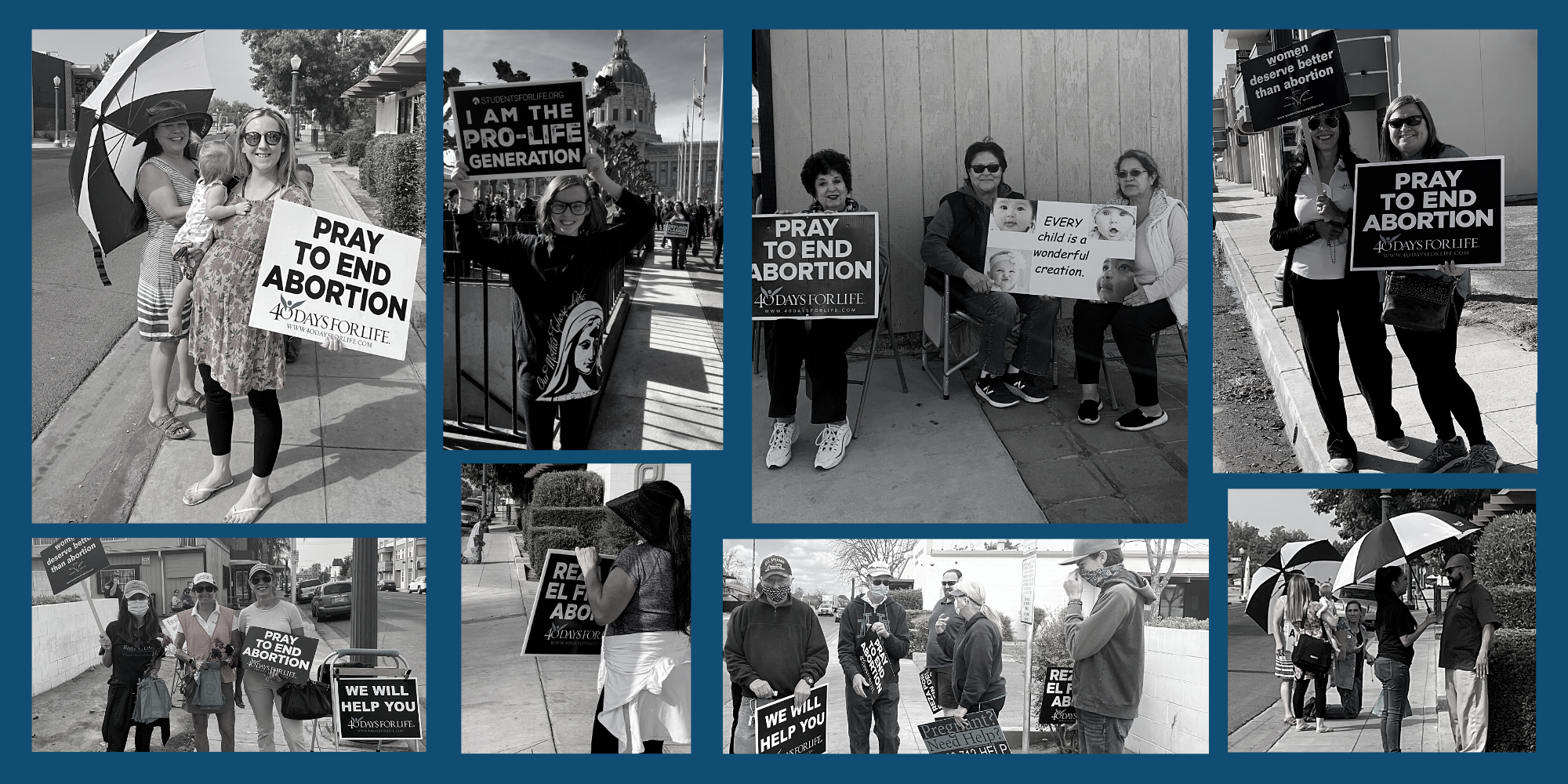 Right to Life has been working with the Roman Catholic Diocese of Fresno on a document to give moral guidance on the topic of COVID vaccines. Bishop Brennan had issued a video on this topic last month, and wished to clarify his prior comments to more fully expound upon Catholic teaching on the topic.

While not all of our supporters are Catholics, we think the moral principles laid out in this joint document are useful to any pro-life person of any religious background, or none at all. We encourage you to read and watch these resources to help guide you and your family before COVID vaccines become widely available.

Every presidential election can have a major impact on abortion policy at the state and national levels, and 2020 was no exception. The differences between Joe Biden and Donald Trump on the abortion question could hardly have been more stark. How does the 2020 election impact abortion nationwide? The following is our analysis:

The Results as they stand now

As of this writing, some of the results of the 2020 election are still in dispute. While Joe Biden will likely become the next president, there is an extremely remote chance for a change in the results, should Donald Trump ultimately win Pennsylvania and two additional states through a combination of lawsuits alleging electoral fraud and audited recounts. Democrats will maintain control of the House of Representatives, but with an incredibly small majority and a caucus fractured between ultra-leftists and pragmatic liberals. Republicans will likely maintain control of the Senate following runoff elections on January 5th for the two Senate seats in Georgia, though it is possible that, if Democrats win both seats, they will attain a technical Senate majority in a 50-50 split with Kamala Harris as the tiebreaking vote. If Republicans win one seat, as is likely, they will have a 51-49 majority; if they win both, it will be 52-48. For the sake of this article, we will assume these outcomes: Joe Biden as president, narrow Democrat control of the House, narrow Republican control of the Senate.

Throughout the fall, most polling data indicated that Joe Biden would gain a dominant victory, and bring with him sweeping Democrat majorities in the House and Senate. Pro-lifers were concerned that, if those polls were accurate, a doomsday scenario of massive pro-abortion legislative victories could ensue.

Those polls were inaccurate. Mr. Biden’s win was, if anything, a narrow one, and he did not bring the kind of coattail support for down-ballot candidates one often sees from a dominant presidential victory. In fact, Republicans held their Senate majority and gained seats in the House, putting themselves in prime position to retake the House in the 2022 elections. As a result, none of the major abortion legislation favored by Democrats is likely to pass during the next four years of a Biden administration. Here are those legislative priorities:

There are various areas of executive action where, unfortunately, Mr. Biden is likely to achieve disastrous outcomes to fund and spread legalized abortion. In these areas, there is little that pro-life forces can do to stop him.

On the California stage, we were deeply distressed to see Proposition 14 pass with a narrow vote. Proposition 14 is a $5.5 billion bond measure (which will cost the taxpayers $7.8 billion) to fund embryo-destructive stem cell research through the California Institute for Regenerative Medicine. This is in spite of the fact that CIRM has burned through its initial $3 billion of funding, with zero FDA-approved treatments or cures to show for it. The legislation continues to prioritize human embryos for research in spite of the clear scientific evidence that embryonic stem cells are not particularly useful for medical research. This bill is a disastrous destruction of human life, and an astounding waste of money.

In summary, we cannot view the 2020 election as a victory. Mr. Biden's likely executive actions will have a significant impact on abortion regulation and availability in a fashion that could lead to tens of thousands of additional deaths, and California's situation remains bleak. However, the chief legislative goals of abortion advocates are stymied for the next four years, and, due to the confirmation of Amy Coney Barrett to the Supreme Court prior to the election, the Court has a strong majority of originalist jurists who can stop pro-choice interference in religious liberty rights, and who can chip away at Roe and hand abortion regulation over to the states.

We at Right to Life of Central California are deeply saddened to share the news of the death of Debby Bone, our beloved, longtime supporter. Debby passed away peacefully the morning of October 8, 2020.

Debby was more than just a friend to Right to Life. She was at various times an employee, volunteer, board member, donor, mentor, confidant, advisor, and more. She deeply loved Right to Life of Central California. Its staff, its work, its board, its events, and its activity were all close to her heart. Debby was a woman who loved deeply, and that love was extended to all of us in the broader Right to Life family. She brought so many people—friends, family, supporters, volunteers—into our organization, and our lives are all richer for having known her.

Right to Life will forever be marked by Debby's imprint. As our Development Director, and later as a board member and volunteer, she was instrumental in helping build our Christmas Dinner and Auction into one of the largest and most spectacular charity auctions in the western United States. She constantly kept in front of herself and our staff the central purpose of our work: "It's for the babies!" Particularly in the runup to the Christmas Auction, when staff members or volunteers would be nervous about finances or other concerns, she would remind everyone, "It's God's auction!" She trusted that God would faithfully provide for those engaged in His service, and her focus was always set on the goal of serving Him faithfully through our work.

Debby is survived by her loving husband, Tim; her children Tim, Mike, Mary Grace, and Stu, along with their spouses (respectively) Shelly, Leanne, Zak, and Deniz; and her grandchildren Allison, Izzy, Jack, Kathryn, Savannah, Blair, Adele, Gus, and Caleb. We wish them all of our love, prayers, and heartfelt condolences in this time of loss. We also extend particular condolences to our board member Larry Holody and his wife, Renae Holody, who is Debby's sister.

Every year at our Auction, we present our honorees with a plaque inscribed with the following quote by the famous pro-life legislator, the late Congressman Henry Hyde. Debby was always so deeply moved by these words, and we believe they apply directly to her life of service in the cause of life:

"When the time comes, as it surely will, when we face that awesome moment, the final judgment, I've often thought, as Fulton Sheen wrote, that it is a terrible moment of loneliness. You have no advocates, you are there alone standing before God -- and a terror will rip your soul like nothing you can imagine. But I really think that those in the pro-life movement will not be alone. I think there'll be a chorus of voices that have never been heard in this world but are heard beautifully and clearly in the next world -- and they will plead for everyone who has been in this movement. They will say to God, 'Spare him, because he loved us!'"

Please join us in remembering our dear friend, Deborah Grace Belford Bone, who loved that chorus of heavenly voices so deeply. May her soul, and the souls of all the faithful departed, through the mercy of God, rest in peace. 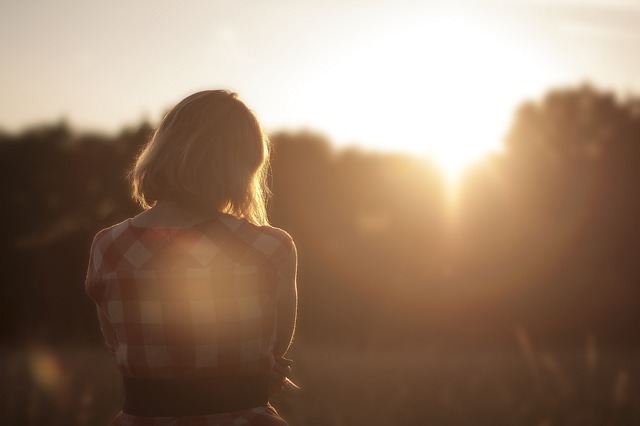